Smart Communication and Relative Localization System for Firefighters and Rescuers 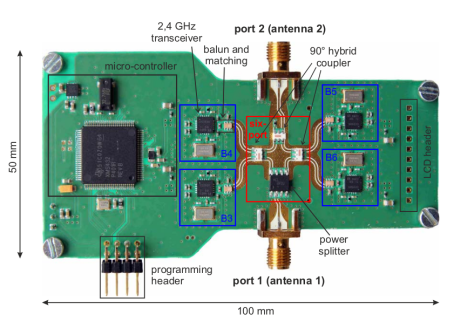 This paper presents a smart communication system for simultaneous data reception and direction of arrival estimation for firefighters, rescuers, and other emergency personnel. The system consists of a passive six-port microwave interferometer which transforms the challenge of an accurate phase measurement for direction estimation to a relative power measurement. This can be easily realized by the readout of the received signal strength indicator of low-cost commercial off-the-shelf transceivers which are simultaneously used for communication. Due to the differential IQ structure the robustness of the system is enhanced, even for severe disturbance and interference, where it still can provide a relative angle of emergency team members to each other.